Meet Dylan Alcott. Aussie Sport’s Champion. At 26 years, old he holds three World Grand Slam titles and three Olympic gold medals in two different sports… and his list of achievements are only growing. Have you heard of him?

He is a world champion tennis player and you can’t find his players profile on the official Australian open website – but don’t worry, you can hear all about Rogers new ‘dad beard’.

In the lead-up to the Australian Open this year, I am in deep hope that Roger wins another Slam, Novak fails and Sami doesn’t choke. I also wish I could watch legends Nova and Alcott play.

Both Nova and Alcott have much in common. They have both maintained seeded rankings and championship titles at the same time. They were both recently featured together at the Australian open ‘#ANightWithNovak’ charity fundraiser, where Alcott taught the tennis legend a lesson or two in the sport. When Nova was 26, like Alcott, he had three Grand Slams, 100 impersonations, was worth millions and had sponsors pouring thousands of dollars per week into his physical health.

However, there is a big difference between the two champions. Alcott was born with a tumour wrapped around his spinal cord, leaving him a paraplegic. But being a paraplegic shouldn’t change your perspective or change the game plan. These two men are equals, both athletes have had to be disciplined and work hard for their achievements. But, are both men treated alike?

Let’s take a step back! Do you recognise Alcott? Unless you are an avid tennis addict or keep up with para sports like myself, you probably haven’t come by him. At the same time, I do feel safe assuming already know who Novak is, without watching tennis or being a tennis superfan like me.

Why am I writing this? I would love to see the Australian tennis federation treat wheelchair tennis with the respect and the value it deserves. I’m not going to wave my pitchfork and expect things will change immediately. It was only last year Serena Williams kicked up a stink about equal prize money for women. It saddens me to compare the $3.7+ million the men & women’s Australian Open winner will receive to the amount allocated to the whole Wheelchair tournaments for 2017 – only $200 000. $200K is the kind of money an ATP or WTA player walks away with if they LOSE a quarter-final.

Is this fair? Sure, wheelchair matches are not as long as men’s ATP, but they still play up to 3 set matches, the same as women, and they use the same courts! However, change is not easy or simple. Alcott (and other wheelchair Quad athletes) deserve way more than media attention if the tennis federation is to make changes.

What needs to change? The consumer needs to care, so the media follows suit. I’m tired of hearing about Hewitt’s relationship issues! I’d want to see more exposure on wheelchair tournaments and to hear the player’s stories. I can’t believe we have a tennis legend sliding across global hard courts winning titles left, right and centre and we are going to miss it. I don’t want to miss it, so why would you?

When I was training at the AIS for gymnastics, I would run around to the display room and join in on the wheelchair basketball and failed every time. It was a good experience being physically limited as a child because it’s not something I’ve understood until recently. Even now, sitting in a neck brace, I have only experienced what he has for 10 days. I also know there is no nerve damage and I will walk again – praise God! I won’t compare my scenario to his, but my injury has given my “2017 Aus Open Superfan Experience” a whole new perspective. Of course, I will still enjoy yelling at the TV with my family and friends. I’ll keep tweeting random tennis facts and reciting stats about the players. But sadly, in my excitement that the Australian open has begun today (would do a dance but, meh, fatigued) is shadowed with the disappointment that I can’t watch Alcott slam it on the court because it’s not being broadcast mainstream.

As a Children’s Pastor, I would love my kids to watch Alcott´s journey on free-to-air TV too. They are missing on the opportunity to be exposed to a great Aussie hero. Do you watch tennis with your kids? Will you share Alcott’s journey this season and talk to your kids about athletes with similar stories? Maybe as you google for ‘trolls’ merchandise you could watch his TedX motivational talk on normalising disabilities to be found at https://youtu.be/tvNOzJ7x8qQt. This video has also made me wonder what we value as a society and how we teach our children about disabilities. Unless you live with one, or know people who do, you’re often not exposed to people with a disability – until you finally are. Do we have these conversations at youth group, are our churches accessible and pastoral towards this specialised area? I’m feeling another post coming on.

I’ve never been to an Aus Open Match. I’ve dreamed of seeing Feds or Serena in a finals match in Melb (oh, my first world problem seems minimal), but I’d prefer to hang out with mates. However, if an Aus Open opportunity came my way, I wouldn’t be passing up the opportunity to sit front row at Alcott’s match. After all, it is the only way I can see him play because mainstream TV minimises para-sport broadcasting!

Adopted by Grace, adopted from Sri Lanka.
Past handstand queen & proud member of the fashion police.
Recovering spinal and sternum injuries.
Youth and children’s pastor in Wagga.
Follow@jeanellen on Instagram

2 thoughts on “A Night With Dylan Alcott!”

Merry Christmas 🎄🐢🥳
Extremely grateful to be so close to the action with Mumma bear at @robthomas tonight! The bitter disappointment is that it had to end 😢 #adayonthegreen #robthomas #chiptoothtour #iloveit
So, I rocked up to my second exhibition opening for the week to find out that all three of my submissions of @henry.and.chip had been pre-purchased and had placed 3rd in the Art Prize for the annual Belmont Private Hospital Art Exhibition 🥳 it turns out the CEO of Belmont purchased my art to display in the hospital and seemed keen for more. Very grateful for the opportunities thanks to @qldmentalhealthweek. #art #brisbanearts #brisbaneartist #bneart #exhibiton #artprize #henrydaze
Hey Everyone, meet Chip! Henry has a sibling, a short necked Murray River turtle! He is adorable and very quickly feeling like part of the family 💕 follow his antic at @henry.and.chip
It’s an honour to be one of the artists at the @rfq_mentalhealth mental health week exhibition & to be invited to their opening event. If you’re in the city over the next week, pop into city hall and check out the exhibition.
It’s @qldmentalhealthweek & Henry @henry.and.Chip loves to take time to look after himself by having a slow morning in his pyjamas, cuddling into his favourite blanket & having a big cup New York Breakfast Tea (or two). Henry knows self care is important! 🐢☕️ #qmhwtaketime #henrydays #henrydaze #mentalwellness #art #cartoonreallife #selfcare #tealover #turtle #turtleart @t2tea #valuementalhealth #QMHW #mentalhealthawareness #wellbeing #queensland #wellness #mentalhealth #inspire #care #connect 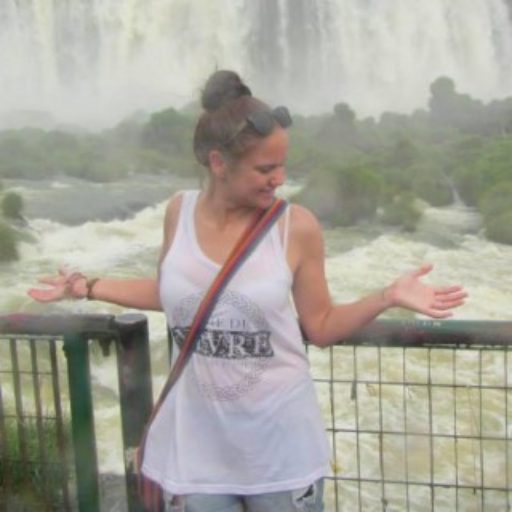 A chronic illness life is a crazy life. We can handle it together- with humor, kindness, and a few meltdowns along the way. Peace, love, and health.